Russian President Vladimir Putin, at a meeting of the CIS heads of state, presented a number of documents concerning treaties between different countries and Germany before World War II, and read out some of them, including transcripts.

During his speech Mr. Putin questioned if the Molotov-Ribbentrop Pact was the only document signed by a European country with fascist Germany. “It turns out that this is not at all the case. I will simply give a list of them, if I may. So, the Declaration on the Non-use of Force between Germany and Poland…signed in 1934. In essence, this is a non-aggression pact,” said Putin.

He went on to name the Anglo-German Naval Agreement of 1935. “Great Britain provided Hitler with an opportunity to have his own Navy, which was illegal for him or, in fact, reduced to a minimum following World War I. Then, the joint Anglo-German declaration of Chamberlain and Hitler signed on September 30, 1938, which they agreed upon at Chamberlain’s initiative,” said the President.

Putin noted that that was not all. “There is the Franco-German Declaration signed on December 6, 1938 in Paris by the foreign ministers of France and Germany, Bonnet and Ribbentrop. Finally, the treaty between the Republic of Lithuania and the German Reich signed on March 22, 1939 in Berlin by the foreign minister of Lithuania and Ribbentrop to the effect that Klaipeda Territory will reunite with the German Reich. Then, there was the Nonaggression Treaty between the German Reich and Latvia of June 7, 1939,” listed the Russian President.

“Thus, the Treaty between the Soviet Union and Germany was the last in a line of treaties signed by European countries that seemed to be interested in maintaining peace in Europe. Also, I want to note that the Soviet Union agreed to sign this document only after all other avenues had been exhausted and all proposals by the Soviet Union to create a unified security system, in fact, an anti-Nazi coalition in Europe were rejected,” he stressed.

The President went on to cite excerpts from some archival documents. Thus, he quoted the words of the Prime Minister of France: “Not only can we not rely on Polish support, but there is no certainty that Poland will not stab us in the back.”

Putin also provided information regarding what did the Polish authorities do when Germany started claiming part of Czechoslovak territory. “They also laid claim to their part of the “prey”…and demanded that a certain part of Czechoslovakia be transferred to them,” stated Putin.

He pointed out that Poles were ready to use force as well. “There is also a specific document from the archives. From a report… on preparations for the offensive operation, the capture of Tesin Silesia and the training of troops, the Polish authorities trained and sent militants to Czechoslovakia to carry out sabotage and terrorist attacks and actively prepare for the partitioning and occupation of Czechoslovakia,” said the Russian President.

He further cited excerpts from the transcript of the conversation between the Ambassador of Germany to Poland and the Minister for Foreign Affairs of Poland. “In this document, Polish Foreign Minister Beck spoke directly about this, I quote: “In the areas claimed by Poland, there will be no conflict with German interests.” Therefore, there will be a division of Czechoslovak territory,” said Putin.

“France and Great Britain did not support Czechoslovakia, which forced it to yield to this violence,” the President added.

Putin also read quotes from a report by French Ambassador to Germany to the Foreign Minister of France Georges-Étienne Bonnet of September 22, 1938. The document states that “presumed divestiture of the territory would amount to the partitioning” of Czechoslovakia, and notes that “this is exactly what the Reich needs”.

“France and England, who were trying to offer concessions and doing their best to meet Germany’s demands, wanted to save the existence of the Czech state, which was facing a united front of three states that were set to partition Czechoslovakia. The leaders of the Reich, who made no secret of their goal to erase Czechoslovakia from the map of Europe, immediately used the Polish and Hungarian demarches,” told Putin.

He also drew attention to how the agreement between Hitler, Great Britain, and France in 1938 was assessed by major world politicians at the time. “We can say that with a few exceptions their reaction was positive and optimistic. Only Winston Churchill was honest in describing the situation, calling a spade a spade,” he noted.

Putin also cited a quote from the speech of Foreign Minister Maxim Litvinov at a League of Nations plenary meeting in September 1938, “Avoiding a likely war today and getting a sure and universal war tomorrow – and that at the cost of feeding the aggressors’ insatiable appetite and destroying sovereign countries – does not mean acting in the spirit of the League of Nations pact.” That is, the Soviet Union condemned this event,” emphasized Vladimir Putin. 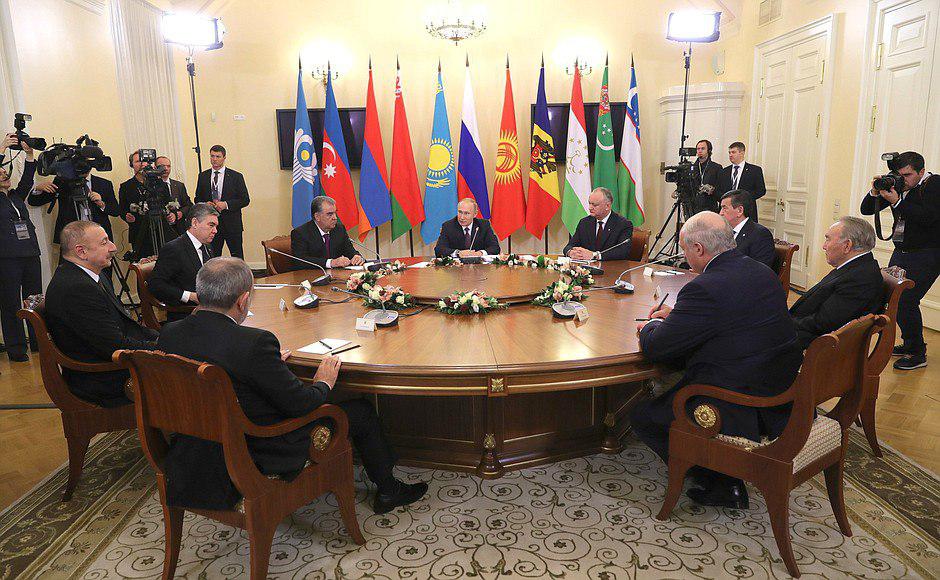