Arina is from Solnechnogorsk, Moscow region. She graduated with honors from the Moscow Cadet Corps «Boarding school for girls of the Ministry of Defense of the Russian Federation». Today she is a 4th year student of the School of International Economic Relations of the International Institute for Energy Policy and Diplomacy at MGIMO University.

Currently Arina is the Head of the Platform of Sustainable Development Goals of the BRICS Youth Energy Agency. She is actively carrying out research and public activities for the promotion of SDG 7.

Within the framework of the Youth Model «Sustainable Energy of the Federal Districts of the Russian Federation» of the Russian Energy Week – 2018 Youth Day and the BRICS Youth Energy Agency Summit, Arina and her team won in the nomination «Energy sustainability: global trends — regional approach».

– What factors have a significant impact on the progress towards the future you want?

– The main factor influencing progress towards the future are emerging technologies, such as the development of energy efficient technologies, artificial intelligence, nanotechnology. Through technological development, countries will be able to move to more efficient production and consumption, find solutions to many important problems, make the world more sustainable.

– What would you advise the UN Secretary-General to do to address the global challenges?

–  I would advise the UN Secretary-General to expand the information campaign in a number of countries to promote greater dissemination of information on Sustainable Development Goals and the UN activities in general. 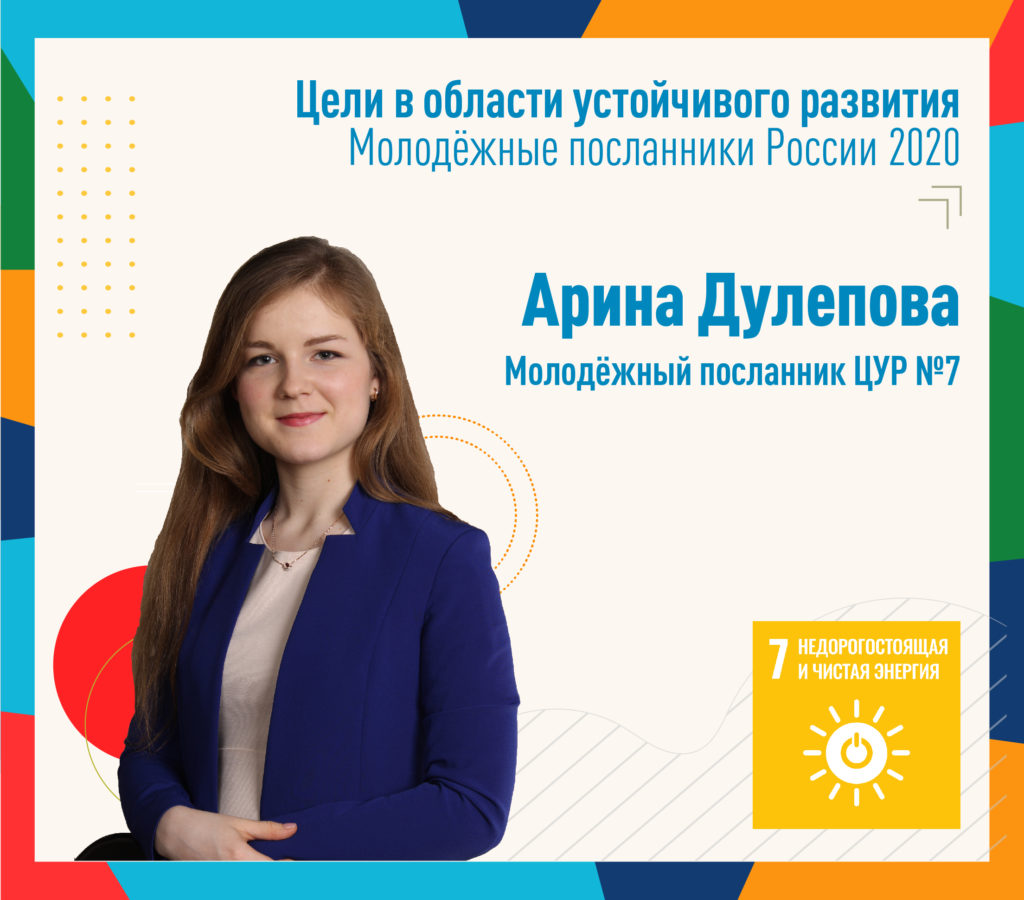